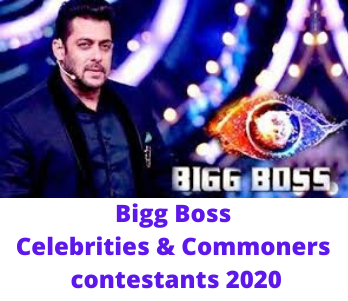 Having successful 14 seasons of the show, Bigg Boss is looking to continue its run for another season. And now the search for Bigg Boss Contestants for season 15 has been finished. The reality show is quite popular among all people from different age categories. The show provides more than enough entertainment to attract millions of people to enjoy their show.

The major issue we saw last and this year is COVID-19. So the question is Whether the show is returning for Season 15 or not. Well it returned for season 14 last year in October 2020. So this year also makers decided to return with new season which was premiered on 2nd and 3rd October 2021. Likewise last year the season will continue with some major changes and precautions. Keeping an eye on this whole COVID-19 situation makers will make a huge change in the format of the show. The theme of the season will be “Jungle”.

We know you eagerly want to know what is in the 15th season of the show. You can scroll down to know about them.

Last season was announced as the successful season among all seasons. And the credit goes to the contestants who made it possible. The contestants made that season popular by entertaining the public in their own possible way. Which left us with the conclusion that the contestants matter a lot. “Who will be the contestant of Bigg Boss Season 15” this question explains enough about the importance of participants participating in any show.

The show is all about various contestants who have live under the same roof. These contestants have to perform the various tasks given. From their performances immunities are provided to them. The elimination happens by Bigg boss 15 vote among these. 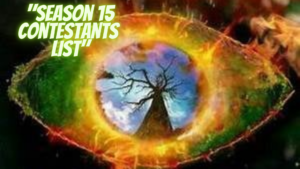 So every year Bigg boss does experiments. BB sometimes makes a season celebrity only season or sometimes it makes it commoner plus celebrity season. In the season that contestant can be any type of contestant. It can be a:

He/she can be anyone. And this season again Bigg Boss is opening auditions for commoners. It means we are going to see celebrities as Bigg Boss Season 15 contestants.

Karan is an Indian film and television actor known for his romantic roles in shows like “Kitni Mohabat Hai, Dil hi to Hai reality shows like “Roadies and “Love School”. He was dating Anusha for 6 years. Well, it will be exciting to see him on the journey of Bigg Boss this year. Awesome mirror named him “Wolf”.

One of the most beautiful bahu in the television industry is Donal Bisht. She has been approached by the makers last year but she joined Bigg Boss this year. Awesome mirror named her “Pigeon”.

He is popular for his acting , anchoring, comedy and what not. He is one of the most hyped contestant of Bigg Boss series ever. We are going to see Jai this year in Bigg Boss.

She is not only a good actress but also a strong player as we seen her in KKK 10. she is very fun loving and talkative personality. No doubt she is being loved by everybody. Awesome mirror named her “Parrot”.

he is well known for his role of “Ravan “. He has done more than 15 shows like Devon ke Dev Mahadev, CID, Mahabharata etc.

She is famous Punjabi singer. She sang a very famous song “Yaar mera titliyan varga”. Before entering in to the show she had a panic attack but she recover soon and enter the show.

We have already seen Umar in season 13 when he came to meet his brother Asim. By profession he is a doctor but his passion was modelling and acting so he came back as a contestant this time in BB15. Awesome mirror named him “Saand”.

Ieshaan is a actor, model and we have seen him in Rishton ka chakarvyuh in 2018. Awesome mirror named him “Saand”.

Akasa is a Singer and performer and is famous for his song with Astha Gill Naagin. Her popular song is Tu kheech meri photo. Awesome mirror named her “Cat”.

She is a actor, model and fashionista who we have seen in reality shows like Splitsvilla, Ace of Space and now she is in Bigg Boss 15. Awesome mirror named her “Puppy”.

Simba has been seen in Splitsvilla and after that played a lead role in one of the biggest show “Shakti” as now the Shakti is over he is in Bigg Boss 15. Awesome mirror named him “Lion”.

She is an actor, model and is famous for negative role in the serial “Udaan”.

She is a popular bollywood actress , model and interior designer. We have seen her in Bigg boss already and after that in Bigg Boss OTT. Now she has given a chance to participate in BB15 as well.

Nishant is a popular choreographer which we have see on Sony TV’s Super Dancer and then on Bigg Boss OTT. He was the runner up of Bigg Boss OTT.

Pratik was seen on reality shows like love school, Ace of Space and Bigg Boss OTT. After taking the briefcase from Bigg boss OTT he get the direct entry to BB15.

In 2021 July auditions took place Voot app. Commoners were supposed to be a part of BB 15 but due to some reasons there is no commoners in this season. Hopefully we will see commoners in next season.

And the auditions has been started. But there will be no commoner this time as well. May be next year we will see the common man in the show.

It came out that the show will be having a” jungle” theme. It sounds fun, isn’t it? Just think what would be the task given to these contestants.

Make sure you follow us for all the updates of Bigg Boss Contestants in the near future.