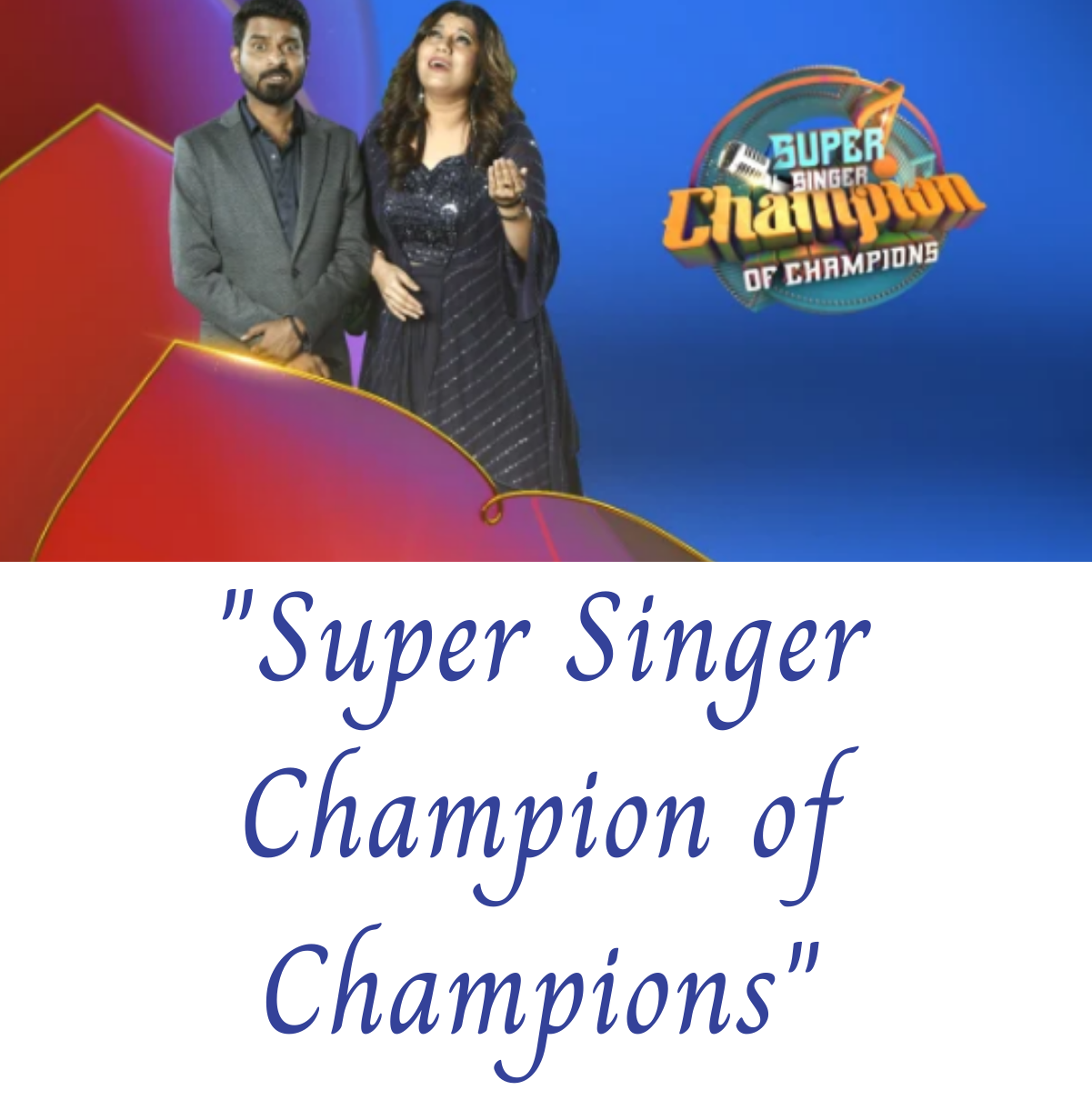 Super Singer Champion Of Champions is the brand new Indian TV singing reality competition show. Moreover, this reality show in the Tamil language based show. The show premiered its first episode on 15 August 2020. Till now, 12 episodes of the show have been aired. Star Vijay is the original Network of the show. and, you can watch the show on TV as well as on Disney+Hotstar via the web.

In this show, all the contestants are the former participants of Super Singer. Moreover, all these contestants are competing against each other. The genre of the show includes Jazz, rock, pop to classical Carnatic music. And, I am hoping all of you are enjoying these amazing musical battles. In this article, we are going to cover the complete details of the show.

Champion of Champions season 1 aired on TV on 15 August 2020. Till now, the show has successfully aired 12 amazing episodes. This is the new music reality show based on the Tamil Language. Moreover, contestants of this show include all the familiar faces. You must have seen them performing in the previous season of Super Singers. In this show, all of them are going to compete against each other to be champions on the champions. And, Ma Ka Pa Anand and Priyanka Deshpande are the hosts of the show. 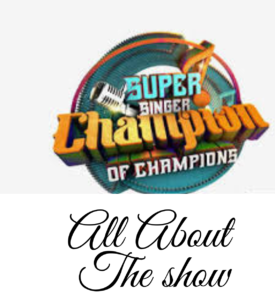 Here is the list of some of the Judges of the show:

You May Also Like: Bigg Boss Tamil Season 4 Voting

Note: These are some of the contestants of the show and they are competing against each other. 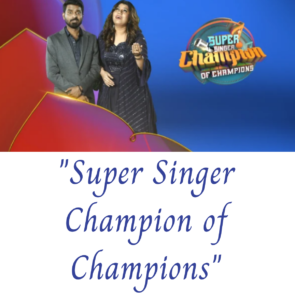 The super singer has always been one of the favorite shows of south Indians. Since season 1 kicked off, the super singer was telecasted on Vijay Tv. So you can watch the champions season of Vijay Tv itself. But now there is a little bit added to the watching way. You can also watch the show online now. If by any chance you have missed the live telecast on Vijay TV then you can watch it later on Disney+ Hotstar app.

Season 1 of Super Singer Champion of Champions is going seamlessly well. In this competition, contestants are competing against each other through round-robin format. The other name of the round-robin format is league format. In this format, all the contestants are going to compete against each and every contestant. Moreover, the show is conducting 1 on 1 battle of contestants. So it is expected that show is going to run a little longer. However, we have are not aware of any elimination of any contestant. I guess we have to wait for some more time and enjoy the show.

In conclusion, Super Singer Champion of Champions has premiered on 15 August 2020. Moreover, on TV this show airs on Star Vijay.  You can also stream the show online on Disney+Hotstar Application available on the Play Store.

What show is Super Singer Champion of Champions?

Super Singer Champion of Champions is a new singing reality show. It aired on 15 August 2020.

Where can I watch this show on TV?

You can watch this show on Star Vijay Channel.

Can we stream this show online?

Yes, you can stream the show online on Disney+Hotstar.

Who is the Host of the show?

Ma Ka Pa Anand and Priyanka Deshpande are the hosts of the show.

Who are some Judges of the show?

Some of the Judges of the include Shankar Mahadevan, Benny Dayal, Swetga, Chithra, Anuradha Sriram, etc.